With God Everything is Possible?

For some questions finite answers will come only after one departs from this planet. Questions like can people really be absolved from despicable human sins and still go to heaven if they go through a radical spiritual transformation? Is this even possible or are some people to evil to bounce back and repent?

Most of us are Ok living with the fact we probably will never receive a concrete answer to this question. Yet, for others who need closure for every question in the universe this is not an option. In their way of thinking all questions lead to circular logic and conclusive answers, including the mystery of human salvation.

On my radio program last week, Change Already, I introduced the May series; Serial Killer and Spirituality with my first guest, Criminology Professor and Author, Dr. Scott Bonn. We chatted about the seemly dark fascination many have towards this morbid subject. People want the inside scoop on what makes another human being lose touch with the outside world and justify with precision their warped narcissist rationale for killing another.

Dr. Bonn will be joining me on air again this week, Thursday, to discuss one case in particular, Son of Sam serial killer from the 70’s now serving a life sentence without parole. Several weeks ago Dr. Bonn had the rare opportunity to sit face- to- face with this deviant and have a frank discussion about his past transgressions and his thoughts for the future. (See Scott Bonn’s article on CBS Crimesider)  He describes in detail a spiritual incident that happened during his incarceration in the late 80’s that changed his perception of purpose forever. He believed he underwent a spontaneous religious awakening from the heavens that released his past, humbled his soul and accepted Jesus as his savior. In the Christian faith this is called being saved. From that day forward he banished his old label, Son of Sam and adapted a new one, Son of Hope.

Dr. Bonn’s latest book scheduled to be released sometime next year; Monster Dearest: Our Macabre Fascination with Serial Killers,  will detail the entire conversation with this well- known criminal, including this supposed spiritual soul revival. Controversy has already started and the back talk among those who have heard and read excerpts from this forthcoming book have mixed feelings about his reported transformation. People are having a hard time buying into the fact that a man of such evil proportions could be eligible to receive such a sought after human prize, let alone deserve it. Apparently, from all accounts, he believes in his own spiritual rebirth and is ready to serve the rest of his life sharing God’s word and purpose.

Herein lies one of those unanswerable questions that simply defy rationality. How could someone of such low vibrational caliber be able receive such a highly regarded societal religious honor in the wake of all the pain he has caused others from his past? If one puts some thought into the question there might be a way this really could happen! 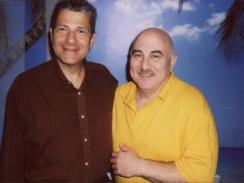 We have all heard of personal accounts of people having near death experiences or suffering tragic events such as auto accidents and come back a completely different person. As if one personality walked out during the crisis and another walked in. Like magic, soul transference, one soul going back home and another waiting in the wings to takes its place. Happens right under our noses without notice as in the case of “Son of Sam” as he recants the story to Dr Bonn. He simply had enough of his sick ways and dropped to his knees one day in his jail cell, asked spirit for human forgiveness and the grace of unconditional redemption. From all accounts, he acted like a new and improved faithful man spreading the word of hope to all who would listen. One could label this transference a spiritual death rather than a physical death. The body remains the same but the soul is renewed.

Dr. Bonn will be joining me on air to tell us his professional and analytical thoughts on the matter. Does he believe he is telling his truth of being re-born and does he believe in redemption for all?

I personally have no intentions of casting expersions one way or the other on this case of soul swapping for “Son of Hope.” The only hope I can add to this bizarre turn of events is that he makes good on his promise to help others who seek spirituality light rather than choose the dark path of evil.

Again, another unanswered mystery we will never completely know until we have made our own transition to the other side. Until then these controversial spiritual transformations will continue to happen and we as normal human beings will continue to probe through our critical thinking and ask how and why. Hopefully, make peace with the fact there is no need to understand but trust that our hearts will show us the difference.